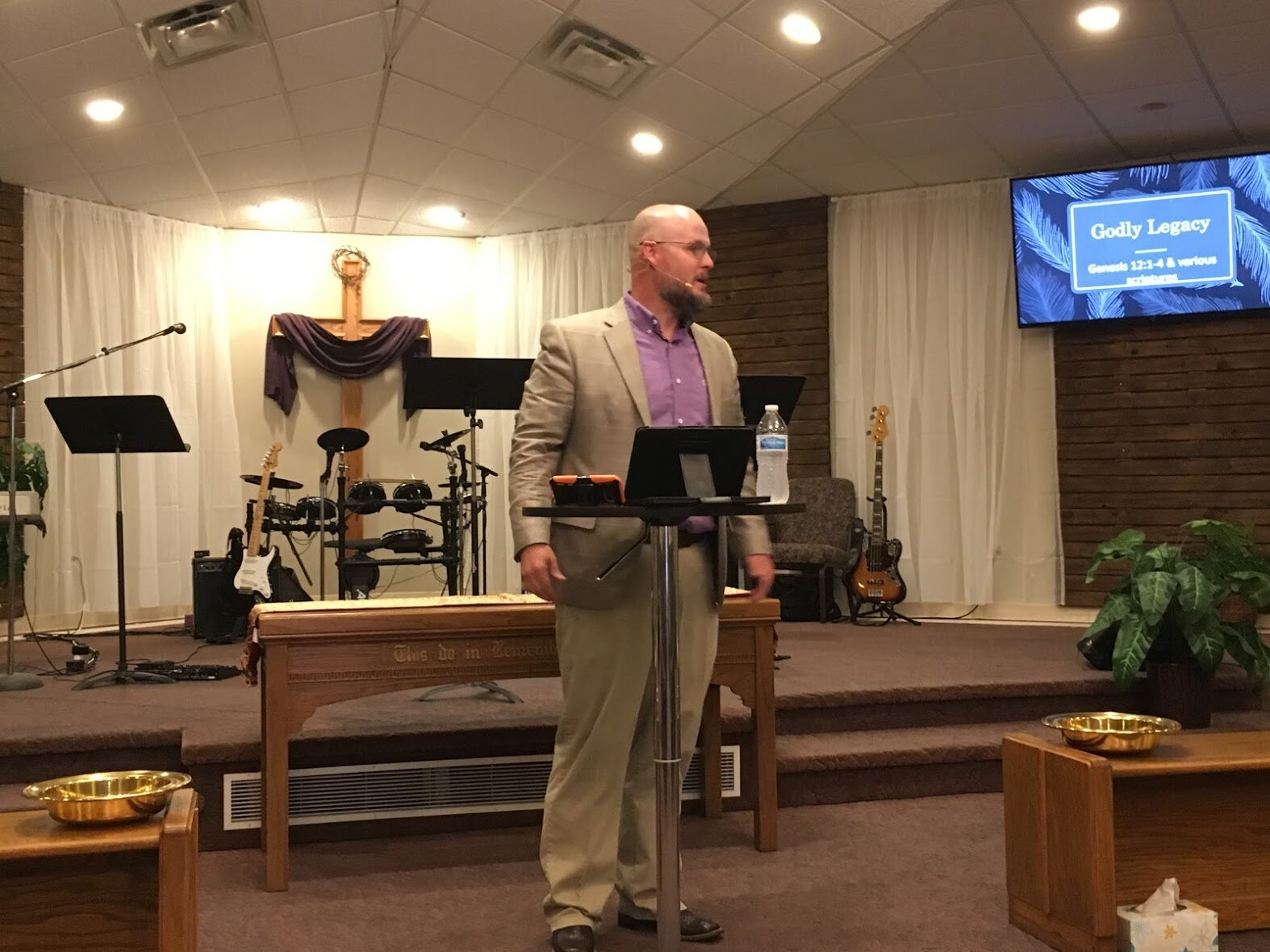 Prairie View Family Church is affiliated with the Assemblies of God church fellowship. We have been a part of the Olathe area since 1944. All of the ministries here at PVFC have been called to fully encompass the needs of our communities, families, and our relationship with God.

IF NOT ON CAMPUS PLEASE CALL AND LEAVE A MESSAGE, OR AN EMAIL.

Sunday morning messages are streamed to our church family via Facebook Live. They are then shared to the church's Facebook page.

All financial contributions will be processed and directed to the proper designations that are requested. If there are any questions about where your giving is being processed to, please leave us a Personal Finance Request and we will get in contact with you as soon as possible.

Pastor Jerry grew up right here on the outskirts of Olathe.  He is a graduate of Kansas State University with a B.S. in Agribusiness and an M.S. in Food Science.  While in college, Jerry began his ministry as a youth sponsor and has been in various roles of ministry since then.  He has successfully completed the Assemblies of God Kansas School of Ministry and received his Ordination in April 2016.

In 2008 Pastor Jerry married his bride, Jaylene, who serves as the Women’s Ministries Leader for PVFC.  Jaylene attended Evangel University and holds a M.A. in Education.  After teaching preschool for 9 years, she is now staying home with the children and beginning the adventures of homeschooling!  Together they are raising their two wonderful children, Madelyn and Caleb.

Pastor Jerry’s interests are: his family, outdoors, and hunting.  Jaylene enjoys going on dates with her handsome husband, bike rides, and cuddles with the kids.

Gary and Cindy Meyer have the pleasure of being our Children's Pastors here at Prairie View Family Church (PVFC).  They met, and fell in love while in high school. Within their marriage, the Lord blessed them with 4 children and, 9 grandchildren.  They also have 2 grandsons waiting for them in heaven. They have over 20 years’ experience with children's ministry in the Assemblies of God fellowship. They have a great passion for building relationships with the kids, while at the same time also teaching the kids about who Jesus is.  Gary and Cindy are excited about being able to be a part of the PVFC leadership team. They are even more excited to be a part of a ministry where they are able to utilize the Lords' calling on their lives, and to be a part of the growth here are PVFC. One of Gary and Cindy's other passions are to be able to enjoy all the time that they get to spend with their family.  They said, "We are excited to see what the Lord has in store of our lives this year, and for the lives of the children that we will minister to."

The calling that the Lord has placed upon Gary and Cindy, is among one of the most important ministries in the life of the children. As the children grow up they will revert back to what they were being taught while in Children's Church and other exciting functions.  From these lessons they will begin to build their faith, and understanding how they will relate to the family of God.